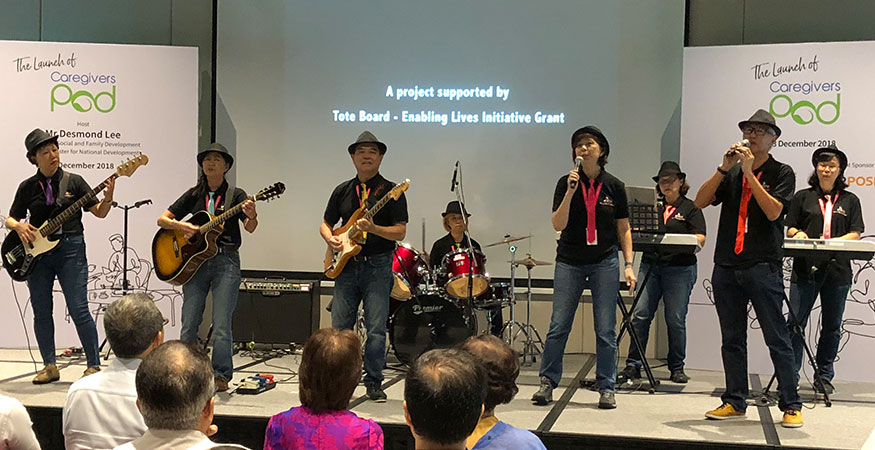 Faith Music Centre conducts music training sessions once a week for 2-3 hours each session for persons with disability learners who are usually accompanied by their caregivers. While persons with disability learners attend these training sessions, caregivers pass their time waiting outside the centres, often times waiting for their care recipients aimlessly.

These caregivers also accompany their children during performances and have expressed intention to have deeper involvement and contribute in areas of the performances such as simple instrument set up, laying of cables, mixer connections and guitar tuning. However, many were unable to due to their lack of the required skills.

Caregivers are an inseparable entity to their children with disabilities. In this pilot training program, Faith Music Centre endeavors to equip caregivers with basic skills and be a part of music events that their children are involved in.

The project seeks to enable caregivers to make good use of their waiting time by picking up a skill; to play a role in the extension of current music training by allowing them to help and be invovled with their children during practices after class; to perform alongside their children on stage during corporate, social and public performances; and to work hand-in-hand with music instructors to help out with stage instrument set-up.

Since 2015, Faith Music Centre has been equipping persons with disability with music skills with the objectives of enabling them to take on corporate, social and public performances. With proficiencies in music instruments such as drum, keyboard, guitar, bass and vocals, persons with disability learners were placed into bands and were engaged for corporate, social and public performances by corporations.